On my last trip to the supermarket, i had an uncontrollable urge to buy vegetables! Yes, i have not been cooking a lot lately, but just looking at all those beautiful vegies made me literally drool. And just thinking of homemade vegetables made me so emotional ( until i was keeping all of them in the fridge and trying to think of WHEN I will actually cook them!)  ? i had to give in! I did control myself to some extent though ( well i did not buy the whole vegetable cart! )
The other day while watching tv i saw an eggplant recipe (yes, watching cookery channels is another hobby) which made my mouth water. I did not note down the recipe, nor do i know what it was called, but i sort of got the concept of it and i have tried to recreate it. You can just call it an eggplant casserole or even a low carb lasagne ( eggplant noodles!). Note that it is very similar to a lebanese dish called Sheikh al mishee, but that does not use so much cheese.
It really did not take a long time and was incredibly easy. The only difficult part of this dish would be slicing the eggplant… Or actually waiting for it to cook ?? 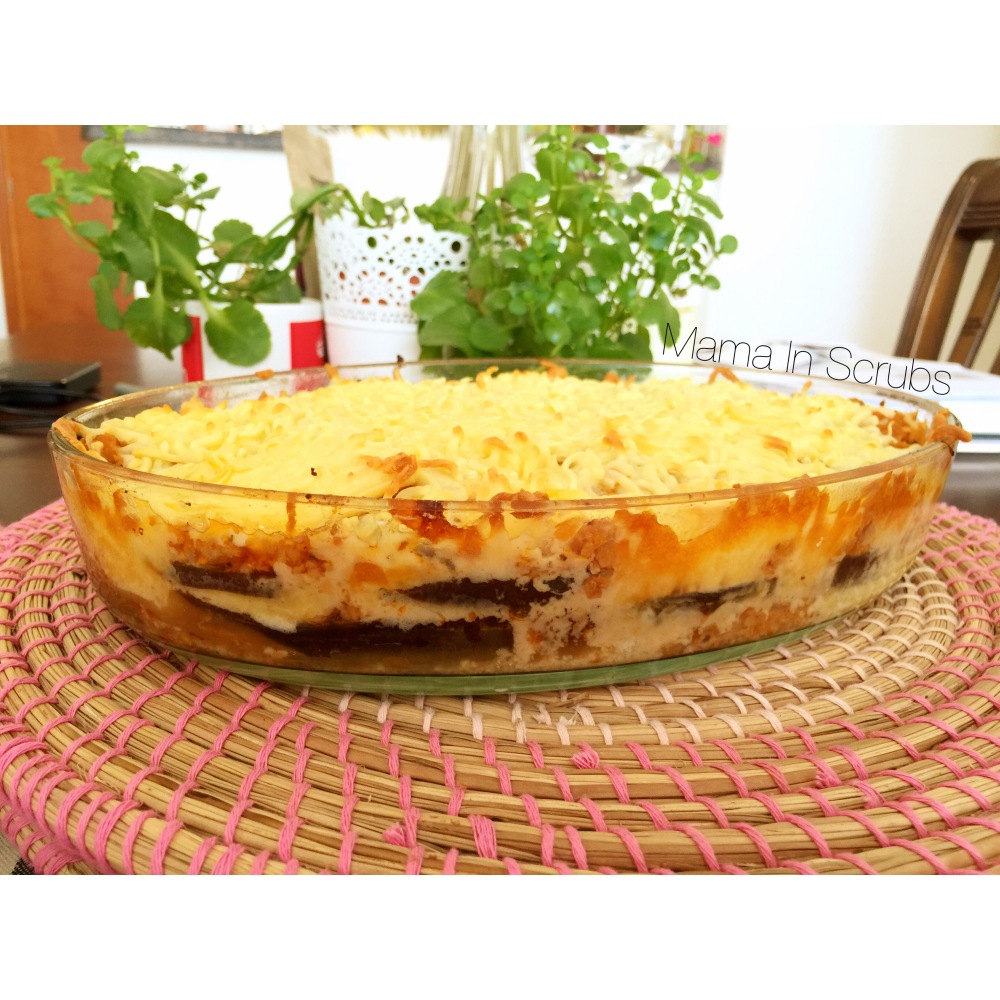 The end result is not only scrumptious, but so healthy and light that you will never feel guilty going back for seconds!

Cheddar cheese half a block ( sliced) 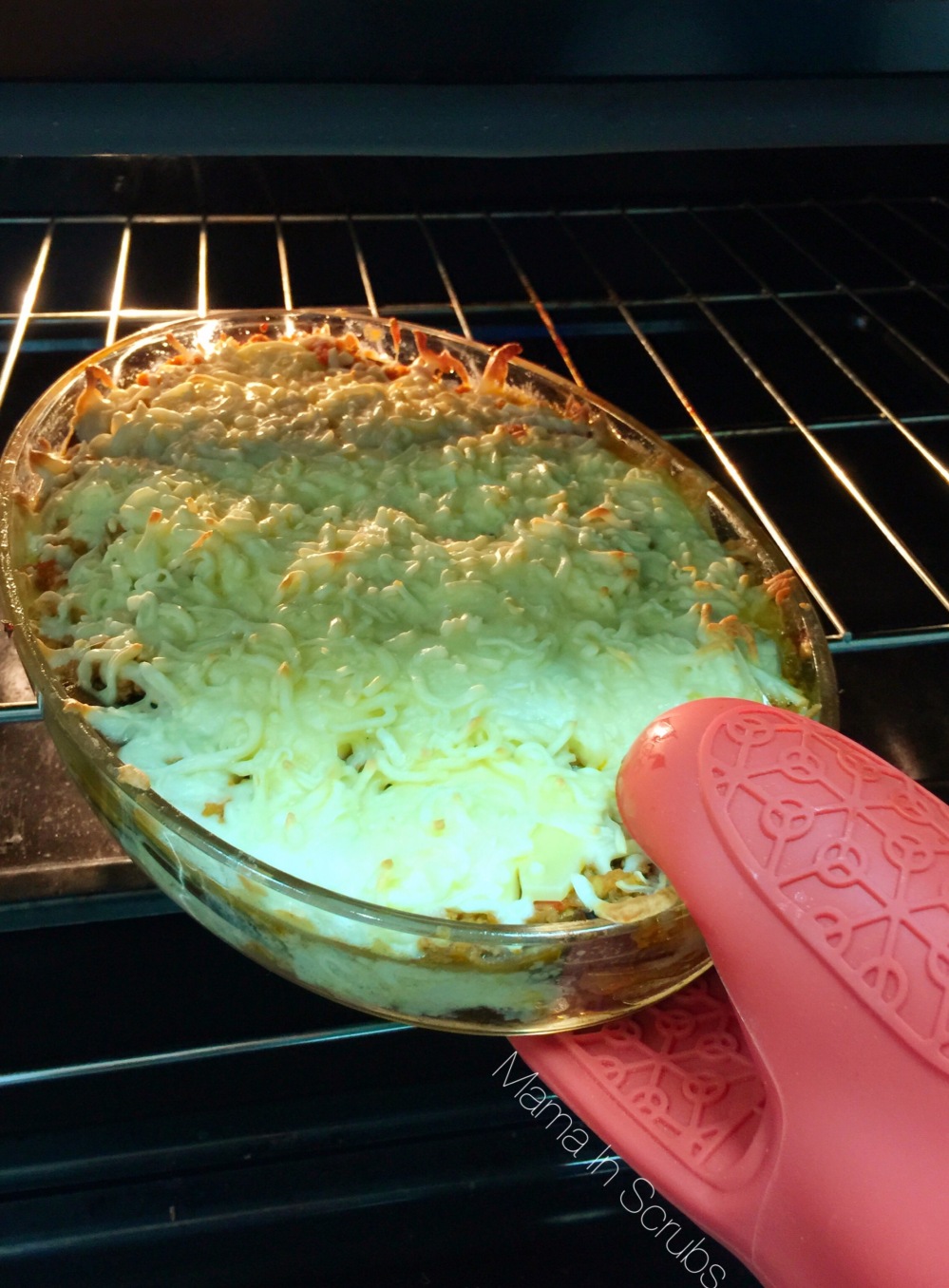 I added pizza sauce but you can just go for plain tomato sauce, or even ketchup ( I would keep the salt low in that case), depending on what is available. The recipe is very versatile and can be changed according to taste. You can add olives, or even other vegetables to the meat mixture to enhance the flavour aaaand the nutrition. It is entirely up to you!

It is definitely one of those recipes that can be used when you are post-night and cannot be too creative, or when you need comfort food but don’t want to feel guilty about it later!

Published by Mama In Scrubs

I would define myself as the desire to keep doing more and better. A doctor by profession, but the will to do a lot more than that!!! View all posts by Mama In Scrubs

This site uses Akismet to reduce spam. Learn how your comment data is processed.